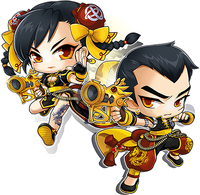 Zen is the daughter/son of a father who lives in an emperor temple, the father goes out and he fights the emperor of darkness.

Zen's father, Zhi Zun was the Commander of the Hong Wu Troupe. He was responsible for protecting the safety of the Emperor with his expertise in martial arts. The story began from an ordinary training day for Zen.

Zen was training very hard, hoping that one day he would be as powerful as his father.

One day, Zhi Zun sent his capable assistant, Suha, to train his son.

After a long period of training, Zen returned home thinking that his skills had improved significantly. However, he could not find any signs of Suha and his father at home. At that instant moment of his panic, Suha appeared with serious injuries.

Suha did not tell Zen what had happened but asked him to run away immediately. Zen was so worried about his father that he rushed out and started shouting for the latter.

While Zen was out looking for his father, he discovered that the Palace was in total chaos. Suddenly, he heard sounds of a huge fight in the distance, and ran toward the source, thinking that his father would be there.

Upon reaching the scene of combat, Zen saw his father fighting a figure that looked like the Emperor.

The Emperor seemed like he was being controlled by an unknown dark force.
After an exchange of blows, the Emperor realized that Zhi Zun was too powerful. At that very moment, he saw Zen running into the battle. Thinking that Zen was a better target, the Emperor targeted him instead.

Seeing that his son's life was in danger, Zhi Zun used himself to shield Zen from the Emperor's attack.

The Emperor's attack injured Zhi Zun severely, and Zhi Zun could not continue with the battle. Realizing that his son was in a grave situation, Zhi Zun ordered Suha to escape with Zen.

Knowing that Zen was unwilling to leave without his father, Suha had to lie to Zen that Zhi Zun would be joining them later. It was upon hearing this that Zen agreed to leave.

When they reached the boat, Suha confessed to Zen that Zhi Zun had died during the fight and tasked her to give a chest to Zen. Suha said that within the chest, Zen will be able to obtain the power needed for revenge and that it was up to him to keep it safe.

As the boat sailed away, they encountered a horrible storm in the sea and the boat almost sunk. Luckily, they ran into Kyrin and she rescued Zen and Suha.

Surviving the fate of death on the sea, Zen's journey to avenge his father's death begins.... 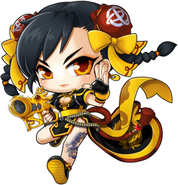 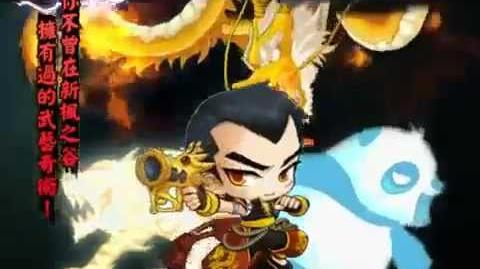 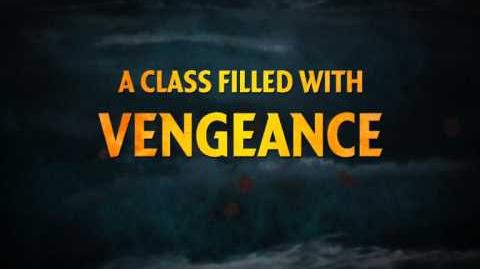 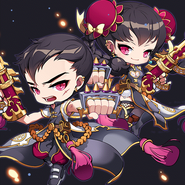 Artwork of Zen (Spot the Difference) 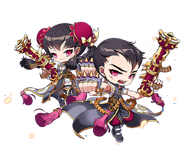 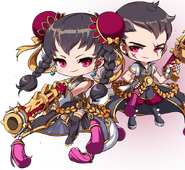 Class Artwork of Zen (2021)
Add a photo to this gallery

Retrieved from "https://maplestory.fandom.com/wiki/Zen?oldid=273432"
Community content is available under CC-BY-SA unless otherwise noted.