The White Mage is the FriendStory version of the Black Mage. However, unlike Maple World's White Mage, this White Mage is inherently evil. He is the main antagonist of chapter 5 of FriendStory and Kinesis's story. It is currently unknown what his goals are.

He appears in chapter 5 as the Pale Student Teacher. He is very handsome and instantly swoons most girls in the school, turning the boys into unattractive squids (metaphorically). He becomes very popular with the girls, they form a club dedicated to him, with Ephenia as their president.

After the everyone in the Shinsoo International School had their memories wiped, the White Mage confronts the player in Sunset Lot and asks for their origins. He says after watching the player, he had learned a lot about Maple World. The player questions how he still has memories of them. The White Mage says "A locked door does not open by itself. Your friend opened the door, but someone had to unlock for him", leaves a Troublemaker, then disappears, saying that they will meet again. He is responsible for all the troublemakers the player had to fight.

After gaining his abilities, Kinesis starts training to get stronger. One day, he gets word that some monsters are attacking passengers in the subway. He decides to go take care of them. The White Mage appears, saying Kinesis is the first human born in that world to possess this ability, and forcibly uses Kinesis' powers to create a massive sinkhole in Seoul, which sucks Kinesis and many others into Maple World. Kinesis successfully rescues everyone and returns to his world. Not too long after he returns, Yuna is kidnapped by a Mote. Kinesis follows them into the subway. However, the Mote jumps down into the sinkhole, which Kinesis cannot follow as it is an obvious setup. He decides to revisit once he gets stronger.

Once he does, he jumps in the sinkhole with Nero to rescue Yoona. After fighting some of the White Mage's minions, Kinesis spots Yoona, appearing to be flying and casting a magical spell, with the White Mage appearing not too after. The White Mage says that they need to talk, and capturing Yoona specifically led to this. He then reveals some mysteries:

He then says that they will have a final showdown in a different world, leaving a parting gift before leaving himself, similarly to what he did at the end of FriendStory. 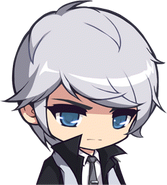 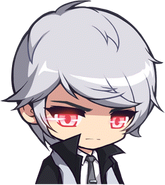 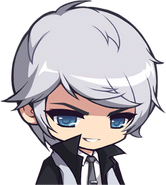 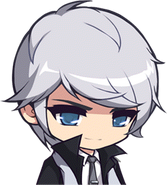 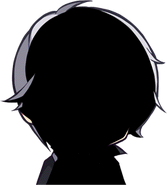 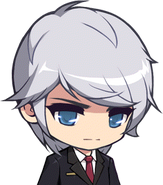 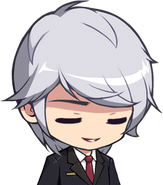 The PSTL's last moments with the one they worship
Add a photo to this gallery
Retrieved from "https://maplestory.fandom.com/wiki/White_Mage_(FriendStory)?oldid=226081"
Community content is available under CC-BY-SA unless otherwise noted.