[Ursus] Rumors of The Mighty

Ursus the Mighty is a massive beast and the first ever raid boss in MapleStory.

Masarayu was a man who had everything, his fortunes matched those of Gold Richie, and he had nothing to fear. Then one day, he heard about Ursus, a beast who displayed the very power and anger of nature itself. Ursus cared not for wealth nor riches, and its sheer power made Masarayu dub him "The Mighty". A bounty was put on Ursus's head, and now heroes and adventurers line up to fight it in droves.

Ursus is the first ever raid boss in Maplestory, meaning that the fight isn't anything like what you've experienced before. After completing the prequests from the notifier on the left side of the screen, you can head to Ursus at any time through the Dimensional Mirror in towns, or via the Boss Tab.

Players are awarded a variety of body parts from Ursus depending on their rank during the fight. They can redeem these with Aisha for a variety of items, including Pure Clean Slate Scroll 10%, Spell Traces, damage skins, chairs, and temporary Cash Shop gear. You can also obtain a number of medals and titles through fighting Ursus. You may also talk to Jawad to claim any medals, Soul Shards, or a special title.

One Who Has Godly Control

The Will to Survive 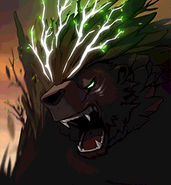 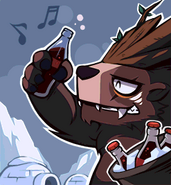