“Your brother and I are already joined as one! You must realize that destroying me will also destroy your brother!”

― Spirit of Vengeance, to the Demon

The Spirit of Vengeance was, as described by Demon, an amalgam of vindictive demon spirits of all Demons across the millennia who drove themselves in pursuit ultimate power, and the countless innocents who lost their lives doing so.

It had imbued its power into Damien's sword, which during a short scuffle against Aran, Shade comments on how unnaturally powerful the sword was.

After Damien's defeat, The spirit emerges from Damien's sword and engulfs Evan and tries to make him the next host. The spirit takes the form of Mir and tempts Evan into accepting its power, even saying that the power will make him as strong as Freud, which Evan saw as his goal. It was almost successful until Mir's voice reached his master and Evan overcomes the spirit's temptations and breaks free from the illusions.

The Demon then comes out, heavily injured from his prior encounter with Damien, and details the Spirit's origins and decides that the spirit must be destroyed, or else history will repeat itself and Damien will never be freed from his agony. The spirit says that destroying him will also destroy his brother, and after some final words, the Demon carries out his task, destroying the spirit. He then carries his brother's lifeless body away.

With the spirit now gone, Maple World was still ravaged by its power. Alicia says that the world will naturally return to its former self after thousands of years, but she can drastically speed up the process if she scatters her life force around Maple World. She makes the offer as she no longer has a physical form, and that her life force is now attached to the Transcendence Stone. Luminous asks if she will disappear in doing so. "I'll just be in a different place" replies Alicia. 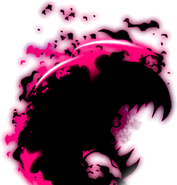 NPC Artwork of the Spirit of Vengeance 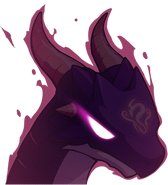 NPC Artwork of the Spirit of Vengeance posing as Mir
Add a photo to this gallery
Retrieved from "https://maplestory.fandom.com/wiki/Spirit_of_Vengeance?oldid=225436"
Community content is available under CC-BY-SA unless otherwise noted.