For the monster, see Shade (Monster). 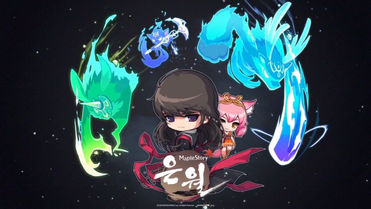 Shade or Eunwol is one of the six Heroes who sealed away the Black Mage.[6] Shade uses a Knuckle as a primary weapon and a Fox Marble as a secondary weapon and is technically classed as a Pirate, seeing as by today's standards, that is the closest classficiation for the things he calls upon the spirits to do on his behalf.

As one of the six heroes, he sacrificed his existence to prepare for the seal to seal away the Black Mage. However, nobody remembers his existence due to the nature of the seal. He later mysteriously finds himself in Vulpes of Grandis, where he is aided by a young girl named Moonbeam.[7][8]

Reborn in Vulpes, he was helped by Moonbeam, a young girl of the Pointy-Ear Foxes. His name has been forgotten in the sands of time, but with the help of Moonbeam, he has been reborn as Shade.

After staying with the Pointy-Ear Foxes for a while, Moonbeam wants Shade to be her companion. In an attempt to do so, she gives up her spirit powers to Shade, making Shade stronger but consequently making Moonbeam vulnerable to aggressors (which almost ended up in a forced marriage). As Shade saw it as a responsibility to protect Moonbeam, he promises to return after his business in Maple World is done.

Shade returns to Victoria Island with the help of the Pointy-Ear Foxes and decides to try to find his friends that should now be awake in the world.

The first hero Shade ended up looking for was Freud. However, Shade encountered Evan instead, who told him that Freud died some time after the final battle against the Black Mage. Shade vents his feelings of anger (because Freud did not mention about him in his tales after the final battle) by "writing a letter to Freud", putting it in a bottle and dumping it in Gold Beach.

Shade travels to Elluel to find Mercedes. During their chit-chat, however, Shade sensed something suspicious and found out that it was the shape-shifting Black Mage Commander Lucid that he talked to. After his encounter with Lucid, Shade goes to find Aran. After a period of struggle with some penguins, it is revealed that Aran does not have any memories of the past. Shade decides to look for the other two heroes, Phantom and Luminous.

Shade is alarmed when Phantom and Luminous are hostile towards him. By their facial expressions and tone, Shade understands that something is gravely wrong.

He goes to the time capsule the heroes kept inside the Lion King's Castle, learning that he was wiped off from existence. Thinking that he should start afresh in the new world of Vulpes, he returns there.

Returning to Vulpes, Shade also discovers that no one, not even Moonbeam, remembers him. Moonbeam stated her spirit powers suddenly disappeared, thinking that the Fox God took them away to punish her for what she did (which she never knew). The Mark of Companionship done by Shade and Moonbeam is no longer there.

“If the moment of choice comes again, will you make that same choice?”

― The Black Mage speaking to Shade in a nightmare

He realizes that every time he crosses the dimensions he will always be forgotten by the people inside the dimension that he left.

During the time of the Black Heaven Saga, in which he participated in the battle against the Black Wings, he became friends again with Aran. During their training, they received news of Lilin being kidnapped. Both head to Slumbering Dragon Island and encountered Evan, who was on the island for a different reason. He saves Lilin and continued onward to find Afrien, which was Evan's objective. However, they were blocked by the same spider that crosses Evan's path. He dragged down the spider off the ceiling, which gives them an opening to attack.

During the spider battle, the player will have the option to choose whether to kill the spider (and its children) or spare it. Shade opts to spare them with reasoning, while Aran advises to kill them before they pose a threat, and Evan decides which tactic to take.

Meeting Afrien and Evan talking to Freud through the message left years ago, they were interrupted by Damien and were sent to safety by Afrien. Evan attempted to return to save Afrien, but Shade stopped him, causing him to consider not to act recklessly. All of the members of the group escaped the collapsing ice cave. He later helped fix Aran's spirit weapon Maha, who had taken some damage from Damien's sword, promising to catch up with Evan once they are done.

After Shade was done fixing Maha, both head to the ruins and save the group consisting of Mir, Evan, Mercedes, Phantom and Luminous from the Demon Army. The group of heroes escapes from the attack when Evan activates the airship. Freud's consciousness makes his appearance in the ship and recognizes Shade, though he forgot his name due to his sacrifice and the nature of the spell cast a century ago. Pronouncing his name given by another precious friend, he shed tears of happiness when Freud welcomes him back.

In Act 3, he decides not to go with the other heroes to the other world, partly due to the nature of the spell and the curse a century ago. This results in him being absent during Damien and the Demon Army's assault on the Abraxas during the mission to retrieve the Transcendence Stone. However, he managed to get a hold of the situation due to one of the communication systems used to connect with the others in between dimensions. He also updates them about the situation in the Maple World.

In the credits, he was embarrassed when Aran laughs at the missing section of the mural depicting the heroes sealing the Black Mage.

Second Job Advancement is given during Shade's quest chain when he arrives in Henesys.

Third Job Advancement occurs as a quest chain that appears upon reaching level 60 and being while in a map that allows teleportation.

Fourth Job Advancement is a quest that appears upon reaching level 100, where the player must teleport to Grand Athenaeum via the Dimensional Mirror, and talk to Thales the Librarian. 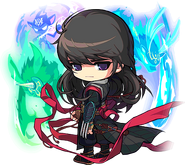 Shade and Moonbeam behind. 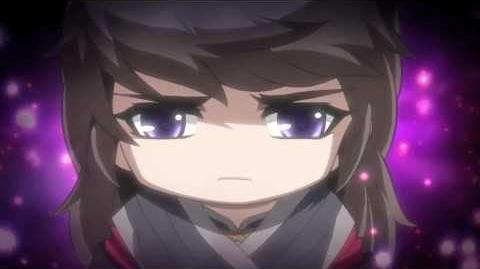 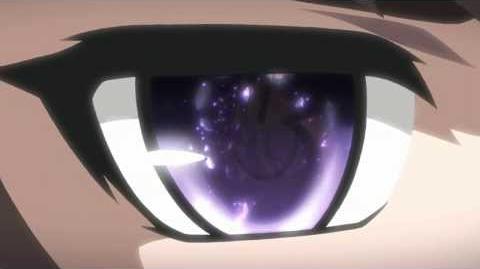 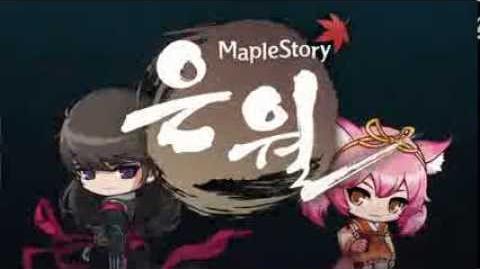 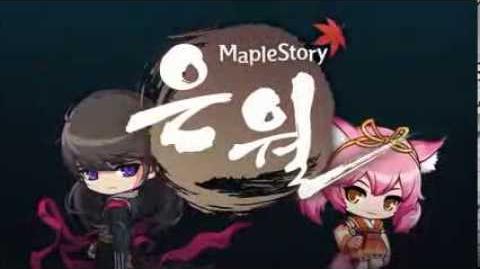 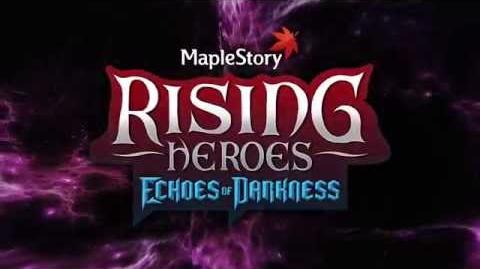 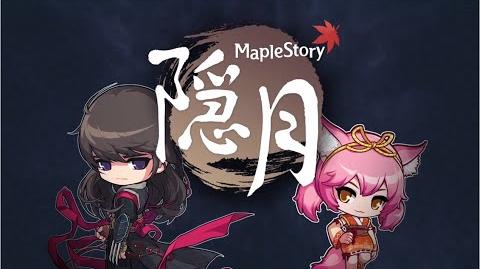 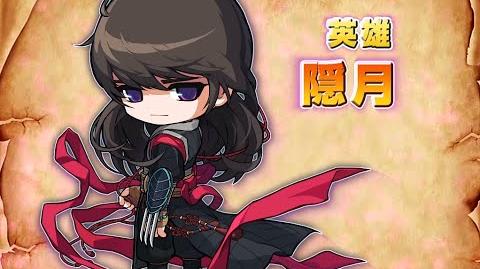 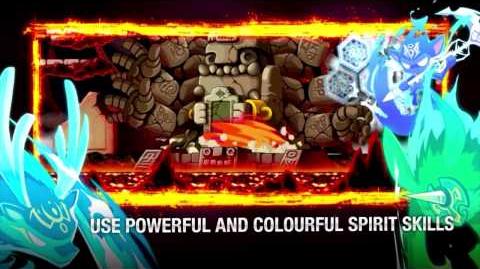 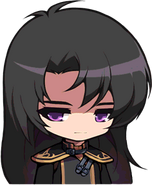 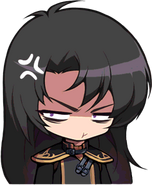 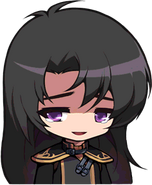 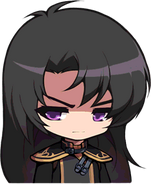 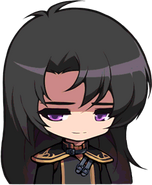 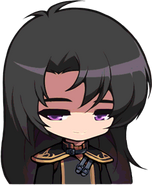 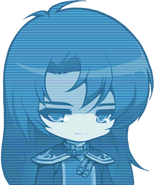 NPC Artwork of Shade as a hologram