One-Eye is an android who escaped Gelimer along with his "wife" Three-Hands and Bitterbot, who they later adopted as their own daughter, after they were sent to the Scrapyard for developing emotions. The three of them help the player make it on board the Black Heaven in order to weaken its defenses and foil Gelimer's plans. After the fall of the Black Heaven, he and a group of other refugee androids set up camp in Haven, where he hands out daily quests. 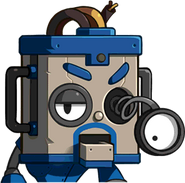 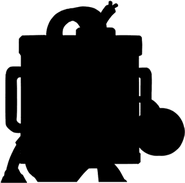 NPC Artwork of One-Eye as a silhouette (Black Heaven storyline)
Add a photo to this gallery
Retrieved from "https://maplestory.fandom.com/wiki/One-Eye?oldid=224943"
Community content is available under CC-BY-SA unless otherwise noted.