Mir is the last Onyx Dragon, a race of powerful dragons once led by Afrien.

After the fight with the Black Mage, the egg of Mir was lost somewhere in Leafre. A warrior of the past safely brings the egg of Mir back to Afrien under his request, where it will be with Freud after he awakens.

Centuries later, a young farm boy by the name of Evan would stumble across the egg in a place very similar to a dream he had the night before while looking for a lost farm pig. He brings the egg and the pig back with him. Unsure of how to raise an egg, he asks his family. His brother suggests he put it in the hen house. After Evan hits level 10, the egg will hatch and Mir will be formally born, where he would spend the rest of his time with Evan.

In Heroes of Maple, Evan and Mir head to the Slumbering Dragon Island, where it is rumoured that a sleeping Afrien is resting. While climbing up a mountain, they spot Damien's army and decide to find Afrien before they do. While in the cave, Evan falls down a steep incline and the two get separated. They eventually regroup, with Aran and Shade as well. They find Afrien, who has already been found by Damien's army and is getting his life force drained. He relays a message Freud wished to pass to Evan and comments on how proud he is of Evan before Damien shows up. Aran jumps to fight him but is quickly dispatched as his sword is imbued with the Spirit of Vengeance. Afterwards, Afrien decided to use the last of his life in an attempt to take Damien down with him. After the Heroes escape the crumbling cave, Evan and Mir mourn over the death of Afrien. Evan decides that as heroes they must stop Damien. Aran and Shade go to repair Maha and Evan decides to go recruit the other Heroes.

When finding Phantom in Magatia, Mir burns a man who they think to be Phantom under a disguise. It is not but they eventually find the real Phantom and convince him to join.

When finding Luminous in Ellinia, Mir jokingly calls Luminous "Lumi", a nickname Lania calls him, much to Luminous' annoyance.

In Act 2, when Evan, Mir, Luminous, Phantom and Mercedes attempt to leave Abaraxas, Mir and Evan both return the treasures of Abraxas as they must not leave. Mercedes comments that they still have much to learn.

During the infiltration mission in the Other World in Act 3, Mir stays with Evan on Abraxas and would fight alongside Evan when Damien's soldiers infiltrate the ship. He would eventually end up fighting alongside Evan and two other Heroes against Damien in the final battle. After Damien is defeated, the Spirit of Vengeance attempts to corrupt Evan, and takes on the appearance of Mir, but Evan sees through this and dismisses the spirit. 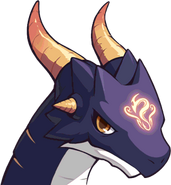 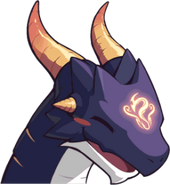 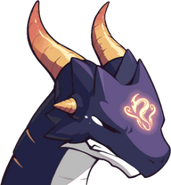 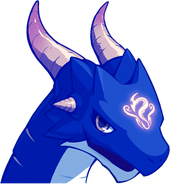 NPC Artwork of the Spirit of Vengeance posing as Mir