< Mihile
View source
watch 02:52
Roblox: DeepWoken - The Loop
Do you like this video?
Play Sound

Mihile is a special job of Cygnus Knights and is only accessible from the job selection screen. Mihile is gender-locked as male and like the Demon, possesses a special shield. Mihile's is known as the Soul Shield, and he earns a stronger version after every job advancement.

Originally an average boy working in a store, Cygnus revealed that he possessed an extraordinary power within him: the power of light. Now named Mihile, his true destiny is to use his power for the greater good and defeat the evil that wavers in the Maple World.

The mightiest hero can come from the humblest beginnings. The great warrior you know as Mihile did not always go by that name. Once upon a time he was an overworked stock boy at Limbert's General Store, known only as "kiddo". Little did that young boy know that his life was about to change forever.

Empress Cygnus long suspected that there was more to the boy than what met the eye, so she and Neinheart decided to test the young warrior. It wasn't until Cygnus watched him defeat her minions with ease that she knew the truth for sure. Neinheart was skeptical, but Cygnus's faith never wavered. She explained to the boy that his father was a warrior of great power; a warrior for good and a warrior for the light. He had left his infant son with the old man Limbert, planning to one day return, but he was never able to escape the great evil that defeated him. She went on to call the nameless "Mihile", which means "Born of Light" in honor of his fallen father, Chromile, the Knight of Light.

The young Empress and her faithful follower Neinheart brought the boy with a new name back with them to Ereve. There he learned that "Only the darkest night can produce the most brilliant sunrise"!

Accept Neinheart's (Nineheart in MapleSEA) quest at level 28 and then Kiku's quest via lightbulb, then head over to Matthias in Kerning City, who will teleport you to a map where you will have to eliminate Exam Instructor Tae Roon; unlike the normal Tae Roon, this one does not move, attack, or use skills, although he has 35,000 HP. Afterwards, obtain 50 Surgeon Eye Tails from Surgeon Eyes located at the end of Ellinia's North Forest. Next, defeat Stumpy, located at the end of Perion's North Rocky Mountain at Gusty Peak. Finally, reach Level 30, and talk to Neinheart to make the job advancement. 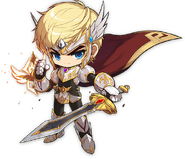 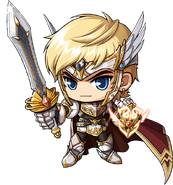 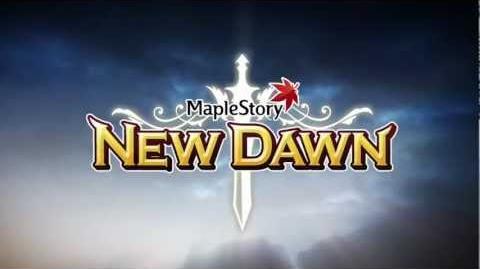 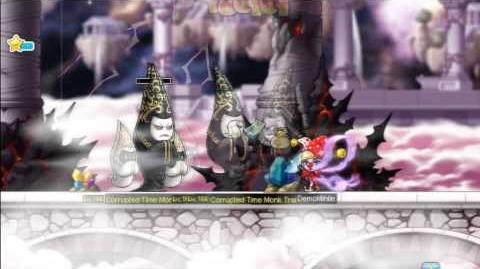 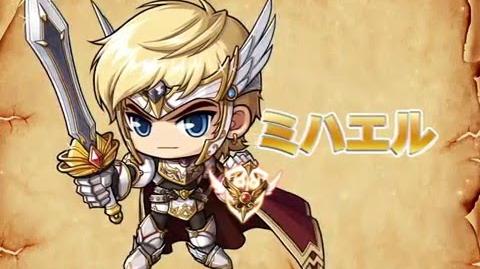