Mercedes (KR:메르세데스) is the one of the six heroes who sealed away the Black Mage and is the group's resident Bowman. She is the Queen of the Elves, ruling in a secluded town known as Elluel. She uses Dual Bowguns and Magic Arrows for weapons.

“I don't care what the Black Mage throws at me next! I swear, I will keep this world safe!”

She gathered with the other heroes following the activation of the El Nath beacon by Ryude.

Moments later, she wakes up and spots Freud and Afrien. The Onyx Dragon tells her that his master took the curse to protect him and died (although Evan's story says that Afrien took the curse and was frozen and Freud ran away to protect his egg). Even though Afrien was very weak, he managed to leave behind an egg to what would be Mir in the next century. He also takes Mercedes back to her hometown, Elluel, victim of the Black Mage's curse.

The Elf Queen warns her citizens about the curse and tries doing everything in her power to prevent it from happening, even going so forth to seal off Elluel from the outside world. However, her attempts were futile; one by one, the Elves were encased in ice. It would only be a matter of time before Mercedes would be frozen, too...

A few hundred years later, Mercedes finally awakes, although she only remembers it as yesterday. However, her people still remained trapped in the icy cold. She then decides to head to the outside world to receive help. She noticed that the barrier had vanished as it had intended to last a hundred years, she also notices that her level had dropped from 200 to 10, causing her to shout in anger.

She calms down and recaps the events. Soon, Mercedes decides to train herself in order to receive enough strength to venture to the outer world. After gaining a few levels, she notices that the Slimes had grown weaker. Mercedes then heads out into the Maple World to find out what has happened in all this time.

In the second blockbuster, she meets up with her subjects, finding ways to release the elf children from the frozen curse. Though Evan's dragon, Mir was eating the plants in her garden, she does not mind as the duo reminded her of Freud and Afrien. Even though she still have regrets about the decision she made a century ago, she decided to join in the upcoming battle.

In Act 2, she help Evan and Mir defeat the golem guarding the front gate of the temple. She got annoyed at Evan asking for permission for the guardian to let them pass. However, they fell into a net trap and have to be saved by Phantom and Luminous in the end. The group eventually got out of the temple, facing the Demon army before escaping when Evan activates the relic.

In Act 3, she dress up in a party dress and attends a private party in the Cosmic Museum, where the Transcendence Stone was kept. She was saved by Phantom from a visitor who was attracted to her good looks. She got annoyed at Evan and Phantom for not telling her about their plan to get the access cards but played it anyway. Though they were successful in bypassing the visitor area, they were spotted by a visitor who was following Phantom for interest's sake, making her take out her bowguns, much to the shock of Luminous and Phantom. As a result of their actions, they have to fight the security robots to get to the exhibit. After Luminous recovers from the effects of the Transcendence Stone and explain what happened to him, she halted both Phantom and Luminous usual arguing and fight. However, Damien crash landed in the museum and stole the stone despite the three launching their most powerful attack at him.

Reach Level 30 and accept the quest above Mercedes's head, and head to the King's Seat. Click on the music box right above the door to be warped to the Advent of the Great Spirit. Talk to the Great Spirit to receive the 2nd Job Advancement.

Both Job Advancements are given automatically by reaching Level 60 and 100 respectively. This is because she had already undergone the tasks in order to become Queen Elf in the past. However, in order to acquire the medal associated with the job, the player must head back to the Great Spirit to receive the medal from her. 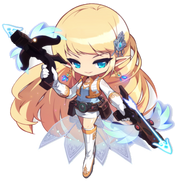 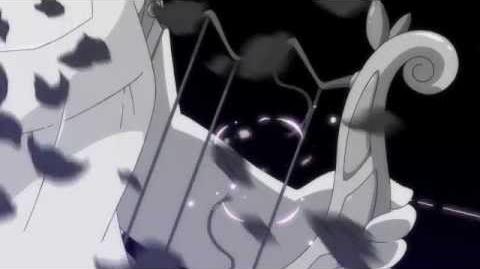 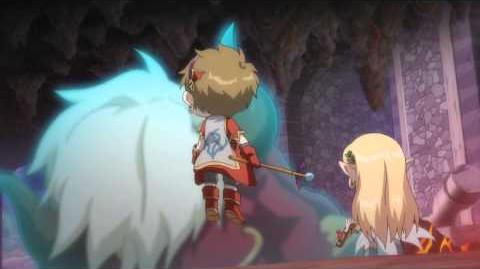 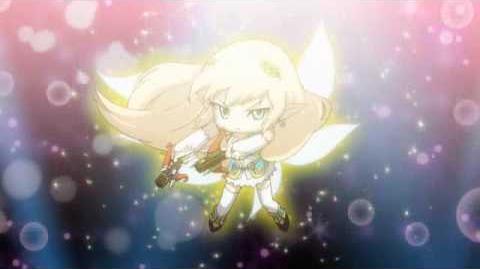 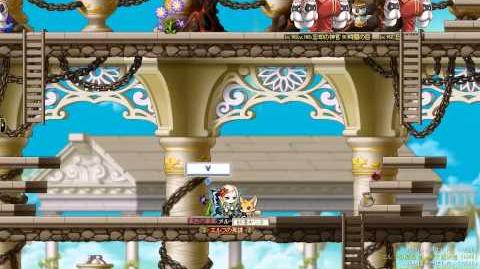 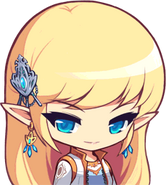 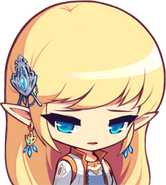 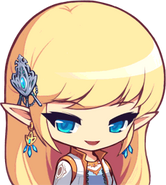 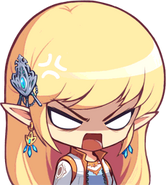 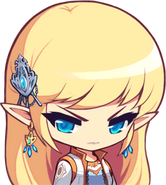 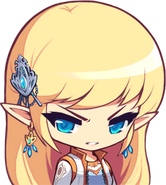 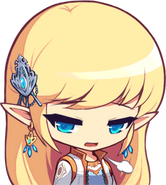 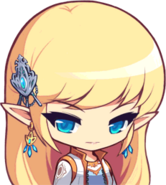 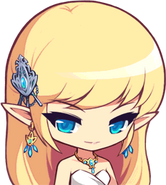 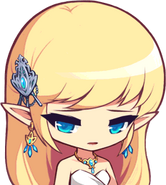 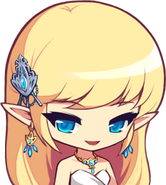 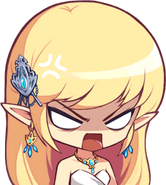 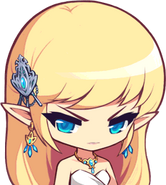 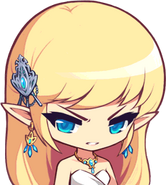 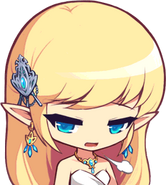 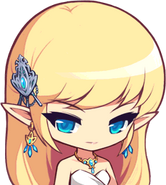 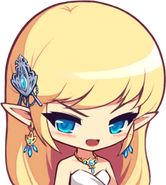 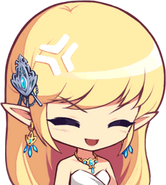 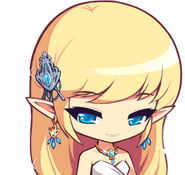 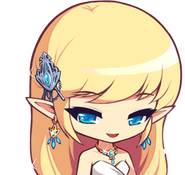 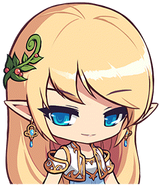 Mercedes is called by Ryude