Melangioruiana, known shortly as Melange, is a magician from Pantheon who is introduced in Esfera.

Melange is a member of the Maple Alliance who is sent to Esfera to aid the player to disrupt Commander Will's plan. Later, in Tenebris, Melange betrays the Alliance and sends the player into the Labyrinth of Suffering, directly into Verus Hilla's hands. Melange is later revealed to be a spy for Gerand Darmoor.

After Hoyoung solves the problem in Cheong-woon Valley, he can visit Willow to learn about Grandis's foreshadowings.

One day, on my travels through Grandis, I got hopelessly lost in the forests near Pantheon.

I had no idea where I was, and wondered if I might actually die out there...

Thankfully, that didn't happen, because a young boy--a magician--appeared and saved my life.

He might've grumbled a bit, sure, but he did heal me.

As soon as I had recovered, he used his magic to send me away.

I never got to ask his name, and I don't know that I could find that particular area of the forest again even if I tried.

The boy referred to in this story is implied to be Melange. 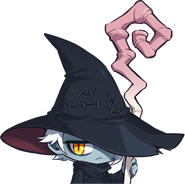 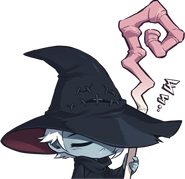 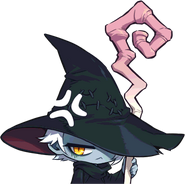 NPC Artwork of Melange
Add a photo to this gallery

Retrieved from "https://maplestory.fandom.com/wiki/Melange?oldid=254596"
Community content is available under CC-BY-SA unless otherwise noted.