“Maybe we should just stay as spirits? With this body... I feel like I'm going to become something I'm not.”

― Lotus, talking with Orchid after being transformed into a human

Lotus, known as one of the Wing Masters, was one of the Commanders of the Black Mage and is Orchid's twin brother.

Orchid and Lotus were once shadow spirits who resided in Ellin Forest. Meeting the White Mage one time, Orchid was rather playful toward him although Lotus was acting rather harsh toward the mage. Seeing Orchid's curiosity of feelings, the White Mage offered to grant them human bodies if they helped him search the darkness. Orchid agreed to this, and the White Mage made them twins, thus making them become one of his first commanders (before his corruption into the Black Mage).

While Orchid was overjoyed with her new form, Lotus saw disadvantages to it (which ironically come into play later on). Orchid tells him that if anything goes wrong, they can go back to being spirits. Surprisingly, Lotus agreed to give it a shot, showing some happy expression toward Orchid.

Sometime after the Black Mage's rising, Lotus was assigned to kill Aria, the empress before Cygnus. In turn, Lotus was fatally injured by a vengeful Phantom, who had fallen in-love with Aria. Lotus was then placed into stasis located deep within Verne Mine, although his soul was separated from his body and allowed him to possess other people.

In the present day, Phantom encounters Lotus's ghost and he is found trying to erase the Heroes' existence from history, as well as possessing Wiz the Librarian and Mu Young to attack Phantom. Later, Phantom finds Lotus' body inside a large tank at the power station in the Black Wings' base and attempts to finalize his revenge once and for all, but Lotus immediately possesses him afterward, mocking how Phantom had fallen into his trap and states the strength of his possession ability is based on the distance from his body. Lotus then takes Phantom's body to Ereve in an attempt to assassinate Cygnus, but Aria's spirit appears momentarily and chases Lotus away. Before Aria disappears, she tells her lover not to continue his revenge.

Gelimer had approached Orchid, telling her he came up with a solution to revive Lotus from his state of stasis, in return for her help in 'Project: Black Heaven'. She agreed to this, and Lotus was revived later. However, immediately after his revival, Lotus remained silent to Orchid's delight; Gelimer reveals to have disabled his brain, leaving only his body and power functional to serve as the scientist's tool. Under Gelimer's command, he attacks his sister in a frenzy and leaves his sister for dead, though she was picked later on up by the Resistance. This act caused Lotus to tear up, making him feel emotion for the first time.

A hologram of Lotus called "ESS" is now at Gelimer's Evolution Lab. It's a device which allows people to enter Evolution System.

Gelimer eventually launches his plan: Black Heaven, a gigantic airship fitted with massive weaponry all controlled by Lotus. While looking through Orchid's memory to find out what Black Heaven is, the player learns about her and Lotus' past. The Maple Alliance forms together to stand against the threat; meanwhile Francis and Orchid also arrive intending to confront Lotus.

The player eventually reaches Black Heaven's core and defeats the possessed Lotus, and Orchid's arrival returns him to his senses. Lotus says that his spirit wandered the world and tried to call out for his sister but the calls were unanswered. He mentions his feel of emotion when Gelimer forced him to attack Orchid, and wishes to stay human. Orchid agreed, but Gelimer, enraged that his plans have been thwarted, presses a button that gravely injures Lotus. Before he dies, he gives Orchid the remainder of his power and tells her to live on, which she generously uses to destroy Black Heaven's weaponry, protecting Edelstein, and thwarting Gelimer's plans for good.

Nexon has commissioned author to draw Wing Master, which serves as a prologue of Black Heaven's story.

Despite his death on the Black Heaven, his service to the Black Mage was not over. Hilla resurrects him along with Damien at the Labyrinth of Suffering to combat the forces of the Alliance. 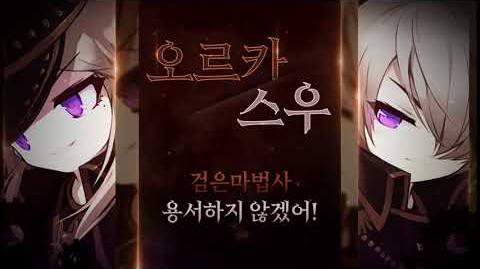 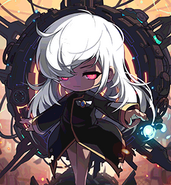 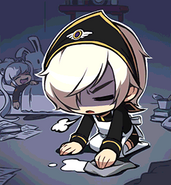 Lotus Soul Collector artwork (all souls added)
(Sighs) If only it weren't Orchid... 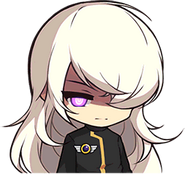 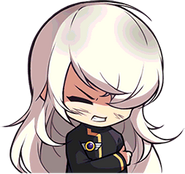 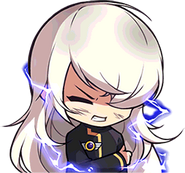 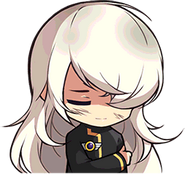 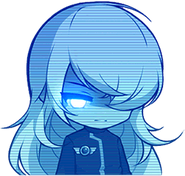 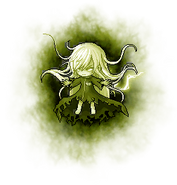 A reanimated Lotus in the Labyrinth of Suffering