Lilin Von Rubistein is the sister of Neinheart. Her brother left to find Ereve a new Empress whereas Lilin stayed to wait for the Heroes to return. She would come into contact with Aran and would help her in recovering her memories and prowess.

She recruits Maplers to help with the Riena Strait global warming issue. After the issue has been resolved, she thanks the Maplers and rewards them.

She appears in Heroes of Maple, after being captured by Damien's demon army. She was eventually rescued by Evan, Aran and Shade and returned to Rien. She goes to the Temple of Abraxas within Nihal Desert, talking to Neinheart after Damien's defeat. She also makes an appearance in FriendStory where she asks the player is they knew where Neinheart was. She then threatens the player to not tell Neinheart. The player does, however, and Neinheart remorses how she hasn't called him brother in a very long time, hinting at some kind of aggression. 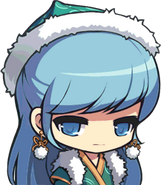 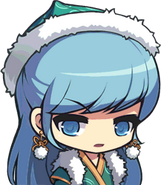 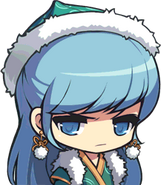 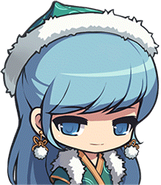 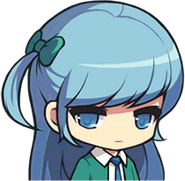 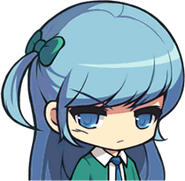 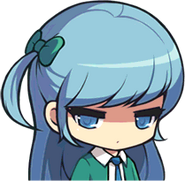 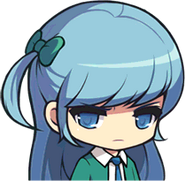 Pet Lil Lilin
Add a photo to this gallery

Retrieved from "https://maplestory.fandom.com/wiki/Lilin?oldid=251102"
Community content is available under CC-BY-SA unless otherwise noted.