Same as the player

Same as the player

Kao is a mysterious person who the player encounters in the Temple of Time, and later in the Vanishing Journey of Arcane River.

A player using one of the Explorer classes first hears the name "Kao" while on the ship from Maple Island to Victoria Island , when Tess  mistakes him for Kao.

Kao, having no memory of the past, ended up in Ellin Forest at one point, where he becomes acquainted with the residents of the Altaire Camp. When a player (yourself) ends up travelling through the Time Gate in Ludibrium's Helios Tower back to Ellin Forest, almost everyone you encounter, except Athena Pierce and Perzen, starts referring to the player as Kao, confusing the player, who has no idea who Kao is.

Tess, who later becomes an Explorer, encounters another new Explorer who looks exactly like Kao, despite this explorer having no idea who Kao is either.

The Gate of the Present

The player, having become much stronger since the events in the Temple of Time, has now completed their 5th job advancement. The Memory Keeper alerts you that Kao has entered the Gate of the Present in search of lost memories. At the Lake of Oblivion's Nameless Town, Kao encounters a tree filled with memories, taking the form of orbs. Kao, trying to see if the Tree of Memory can reveal the lost memories, but ends up causing the memories to scatter. The townsfolk, who relied on the tree to store their memories and keep them happy, end up broken and despaired as a result. As the player enters the Vanishing Journey, the townsfolk blame the player for their memories being lost from the tree. However, Legato, the town chief, realizes that the player is a different person than Kao, and asks for help gathering the scattered memories. Once this task is complete, Legato searches for Kao's memories, but is unable to find them. However, he reveals that there is a fountain in the Extinction Zone that reflects one's past. Kao and the player make their way to the cliff, where they encounter a mysterious bridge. When they get close to it, the bridge disappears. A girl named Rino appears and warns you that if you attempt to cross the bridge and fall in the flames, your body will vanish forever, so she suggests an alternative: taming a Flame Bird to fly across the bridge. The player gathers materials to lure a Flame Bird, while Rino goes with Kao to the Fountain of Reflection.

When the player returns, Kao mentions being able to remember the past after finding the fountain, but is very melancholy, leading the player to believe that Kao was not happy to remember the past. Rino calls for several Flame Birds to escort the three of you through the Vanishing Journey, but in mid-flight, Kao pushes the player and Rino off their birds, leading them to fall into the Cave of Repose, a place of rest for those vanishing from existence. Rino has the players collect Tranquil Solvents to dissolve the Slaws blocking the way out of the cave, and the two make it to the end. However, right as Rino tries to escort the player out, Kao reappears, revealing that he remembered what he saw in the Fountain of Reflection: Rino lead Kao into a trap, luring Kao to her master Arma, who stole Kao's power. This led to Kao being too weak to finish off the Black Mage due to lacking the necessary power (Arcane Power). Kao then used any remaining power to return to the past and warn the player, Kao's past self, about Rino. Kao reveals that after viewing the Fountain of Reflection and remembering Rino, Rino admits planning to use the player's power to feed Arma once more. To prevent Kao from interfering, she creates a fake Kao and pushes the real Kao into the flames; the fake Kao pushed Rino and the player into the Cave of Repose while the real Kao managed to escape the flames. Rino then calls on Arma to take the powers of the player and Kao, and Kao jumps in the way of Arma to protect the player, leading to Kao dying. The player then defeats Arma and carries Kao's body to the end of the cave's waterfalls. Kao's final words to the player are a warning of the dangers ahead, but also encouragement that while there will be new enemies ahead, there will also be new allies. Kao leaves an Arcane Symbol as a parting gift, and tells the player to jump down the waterfall to reach the next area, while gathering and upgrading Arcane Symbols to be ready when facing the Black Mage. 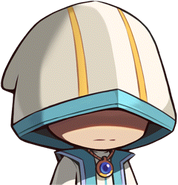 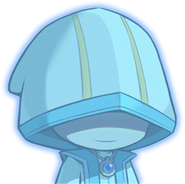 Artwork of Kao (Vanishing Journey storyline)
Add a photo to this gallery
Retrieved from "https://maplestory.fandom.com/wiki/Kao?oldid=246366"
Community content is available under CC-BY-SA unless otherwise noted.