Hekaton was the king of Kritias who ruled for 54 years. He was considered a very good king and some saying his strength, wisdom and compassion surpassed his knowledge of magic. As he grew weak and frail his lust for immortality was ultimately his downfall.

In the 54th year of his reign, the former High Priest resigned from his position after he decided that they overstepped their boundaries. Arkarium then took over the role as High Priest to look for a way to give Hekaton immortality. Hekaton makes his first appearance when he threatened Arkarium in his slow progress and ordered that they increase the intensity on Subject 618 in spite of Arkarium's pleas. While Tana was pushed beyond her limits, she emitted a powerful explosion but fortunately for the King, he was left unharmed but emitted some blue energy which led to one of the researchers in wondering if Hekaton was really human. Hekaton grew impatient and ordered Arkarium to take any necessary action.

On the day of his ascendancy, The Arkarium of the present tricked Jean and Shey (actually the player posing as Shey in Tana's memory). Hekaton saw Jean use a key (which was a fake) to try to free the test subject and immediately ordered that he be disposed of. When his guards told him Jean was still alive and had a chance to be saved Hekaton told them to ignore the peasant, showing how far his compassion has come. Tana, seeking revenge for her friend, destroyed the Anti-Magic Stone necklace and caused a big explosion, which also destroyed the city and transformed Hekaton into what he is today.

In his final moments, Hekaton regained his humanity and prioritized the evacuation of Trueffet Square before his mortal body disappeared. 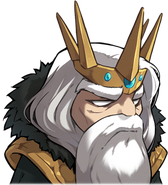 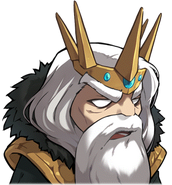 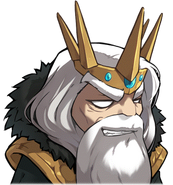 NPC Artwork of Hekaton (Morass storyline)
Add a photo to this gallery
Retrieved from "https://maplestory.fandom.com/wiki/Hekaton?oldid=229147"
Community content is available under CC-BY-SA unless otherwise noted.