The Chief Knight of Lightning. A Noblesse desiring to become a Thunder Breaker should speak with him after reaching level 10. When a Cygnus Knight is advancing to their 3rd job, they are ambushed by Black Wing Henchman in the Ludibrium Helios Tower Library, Hawkeye arrives to try to diffuse the situation but is unrequired as the Knight is capable in handling themselves. Hawkeye will then advance them to their 3rd job. Hawkeye will appear regardless of which Cygnus Knight path is chosen.

His FriendStory counterpart is the captain of the school Tae Kwon Do club. In chapter 5, he is rejected by a girl due to her having feelings for a handsome new Pale Student Teacher arriving at the school. This metaphorically turns Hawkeye into a squid. 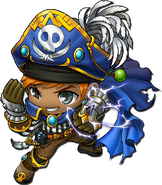 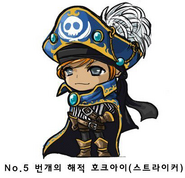 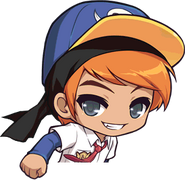 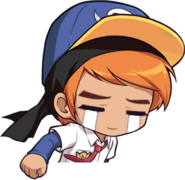 NPC Artwork of Hawkeye (FriendStory)
Add a photo to this gallery

Retrieved from "https://maplestory.fandom.com/wiki/Hawkeye?oldid=246600"
Community content is available under CC-BY-SA unless otherwise noted.