The Chief Knight of Darkness. A noblesse desiring to become a Night Walker should speak with him after reaching level 10. When Claudine sought after the Feather Plant, a rare ingredient used to make a powerful antidote, Eckhart brings a resistance member some Feather Plant, which proves to Claudine that the Cygnus Knights can still be trusted.

Eckhart's FriendStory counterpart is a loner who hangs out regularly with Mihile and Hawkeye. 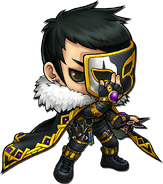 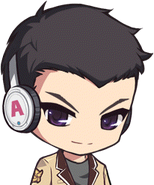 NPCArtwork of Eckhart (FriendStory)
Add a photo to this gallery

Retrieved from "https://maplestory.fandom.com/wiki/Eckhart?oldid=231070"
Community content is available under CC-BY-SA unless otherwise noted.