The Demon is part of the Resistance, and is a Warrior-type class. It is divided into two different job branches: Demon Slayer and Demon Avenger (which he can choose between at the end of his tutorial). He was formerly one of the Black Mage's commanders, until the Black Mage betrayed him and destroyed his home. The Demon, realizing that his family was likely dead, attacked the Black Mage but was overwhelmed and sealed in an egg for several centuries. However, he was able to crush the Black Mage's defenses, allowing Freud and Mercedes to weaken him further. In the present day, he was picked up by the Resistance and agreed to join them in order to enact revenge on the Black Mage.

Demon Slayer can choose to wield a One-Handed Blunt Weapon or a One-Handed Axe, and uses Demon Fury (DF) as a substitute for Mana Points (MP), continuously replenishing and consuming it while attacking. Demon Avenger wields a Desperado and relies heavily on Health Points (HP) for damage and skills. He uses Exceed-type attacks, which become stronger as he continuously uses them at the cost of additional HP consumption. Both Demon Slayer and Demon Avenger use a special shield named the Demon Aegis, which grows alongside the Demon.

Demon and his brother Damien were born to a demon father and a human mother in Tynerum, a land of demons. In Tynerum, the land was under the rule of Absolute Power. Since Demon and Damien were half-human, they were humiliated and constantly discriminated against. At one point, Demon's devil powers awakened in order to protect Damien from bullies, and Demon vowed to protect Damien no matter what.

Serving Under the Black Mage

The Demon would become a servant of the Black Mage in exchange for protection and immunity for Damien and his mother, setting up a home in southern Minar Forest. While in the Valley of the Dragons, he met and rescued another demon named Mastema from dying to a horde of dragons. In exchange, Mastema pledged her eternal loyalty to the Demon. Over the years, the Demon became the Black Mage's most reliable commander, causing mayhem and destruction throughout Maple World. Rhinne, the Transcendent of Time, was sealed with the help of Arkarium, another commander. The Black Mage gave full credit to the Demon for securing the Temple of Time. Arkarium became envious at the Demon for receiving credit for his work and set southern Minar Forest ablaze, sending his minions to attack the Demon's family. Damien's powers awakened in that tense moment, causing him to lose himself briefly. Arkarium used this to his advantage by convincing Damien that he killed his own mother. He then secretly recruited Damien, promising that joining the Black Mage would allow Damien to rewind time and save his mother.

During a meeting with Arkarium, Von Leon, and Orchid, Arkarium mentioned the Black Mage commanding the destruction of southern Minar Forest. The Demon, angered at the revelation, heads back to his home to find it engulfed in flames, with his brother and mother missing and a locket left behind. The Demon declared that he no longer served the Black Mage, and had his servant Mastema deliver a letter to the Heroes of Maple. As the Demon attempted to confront the Black Mage, Arkarium intervened. After a scuffle, Arkarium attempted to use an all-out attack until the Black Mage's doors opened, inviting the Demon to his throne. Arkarium left and went to face the Heroes. He also learned of the Demon's orders to Mastema and attacked her, leaving her for dead. Mastema transformed into a cat in order to survive, looking for a way to revert back to normal and regain her powers.

The Demon engaged the Black Mage in a fierce fight, but was no match for his former master and was sealed in a large egg. The Demon's attack aided the Heroes in sealing away the Black Mage and ending his reign of terror for the time being, but the other commanders knew that he would return one day.

“This isn't the end... I will return... and the Black Mage will suffer for what he has done!”

Several centuries later, the Demon awoke inside the egg, finding his energy decreasing. He quickly breaks out and finds himself deep in the Verne Mines of Edelstein, with his energy being absorbed by the Black Wings. The Black Wings Rabbit Guards attempt to capture him, but the Demon kills them with ease. J, a Resistance member who witnessed the whole thing, explains the situation. The Demon faints and is quickly brought to the Resistance hideout.

As the Demon gets stronger, the Resistance asks him to take care of a strange creature near Edelstein's park. He faces the creature, a small purple cat, only to realize that the cat is Mastema, having remained as a cat for the centuries after she was attacked by Arkarium. The Demon doubts her until she recalls him saving her life at the Valley of the Dragons, and works with Mastema to regain his strength back. Throughout the Demon's travels, he would encounter other robed figures wreaking chaos throughout Maple World, putting a stop to it wherever it occurred. He learned that their leader was a new commander of the Black Mage, and was a demon wearing a hood.

The Demon later learns about Von Leon's return and makes his way to Von Leon's Audience Room through a secret passage near the entrance. Von Leon berates the Demon for betraying the Black Mage centuries ago. Von Leon tells Demon that the Black Mage killed the Demon's family as a smaller part of the Grand Plan, and the Demon calls him out on this due to the Lion King selling his soul to the Black Mage after losing his wife Ifia. The Demon also mentions that the Black Mage will likely betray Von Leon in the future, but Von Leon refuses to listen, saying that he has nothing left to lose. The Lion King says he no longer wishes to converse with traitors and tells the Demon to go to the Temple of Time for answers before kicking him out of his castle.

Heeding Von Leon's advice, the Demon went to the Temple of Time and encountered the new demon commander, who gave the Demon back the locket of Damien and his mother. As he left, he told the Demon not to lose it again. The Demon made it his new goal to discover the identity of the commander.

In the second blockbuster, the Demon learned that the new commander had other demon soldiers in his old home of southern Minar Forest. He defeated the members of the Demon Army when they invaded his home. Determine to expose the identity of the commander who was covered with a hood, he was surprised that the commander's true identity was his brother Damien and was still alive. After the truth of the death of their mother was revealed, Demon tries to convince Damien to let go of the power he has. However, he got struck down by his own brother, watching his brother's departure in sorrow.

In the final act, Demon heard of Damien's act of engulfing the World Tree. He heads to the Fallen World Tree and saves the heroes from the monsters. He explains the situation to the heroes and goes on ahead to deal with Damien, deciding to take responsibility to himself. Encountering Damien again, he expresses his feelings and thought wholeheartedly to Damien, again to let go of the power of the Black Mage. However, Damien strikes him dow

n again with the newly acquired power from the transcendence stone. When Damien was stopped and Evan survives the darkness of the Devil Spirit residing in Damien's sword, Demon steps in to destroy the spirit. However, the Devil Spirit reveals that destroying it will also kill Damien. Damien willingly decides to end his life and Demon reluctantly conducts the last strike to destroy the spirit. With a heavy heart, Demon carries his brother's lifeless body away from the World Tree. 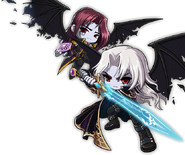 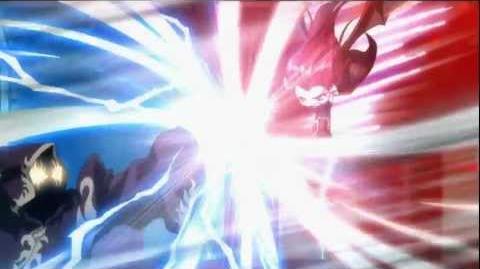 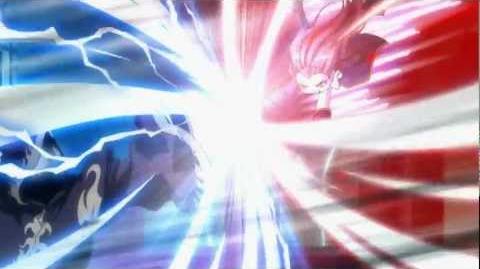 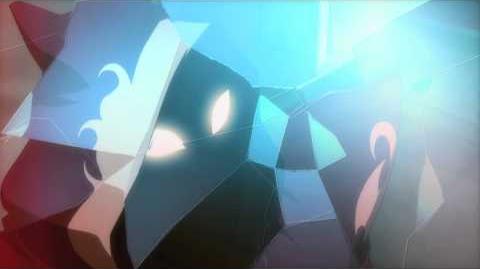 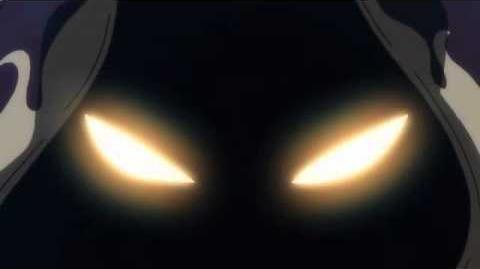 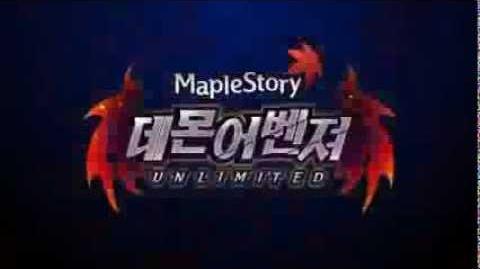 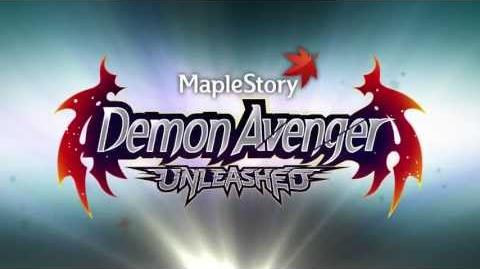 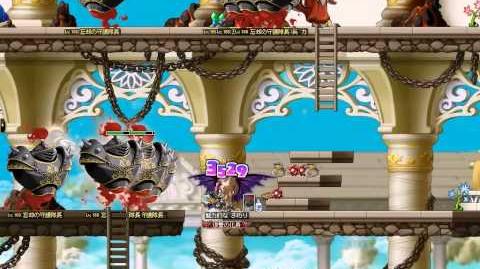 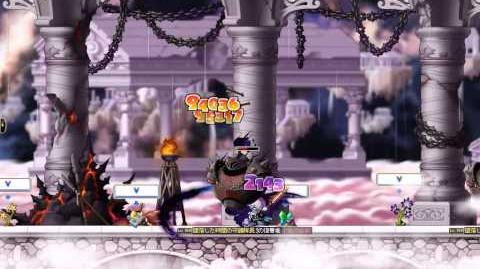 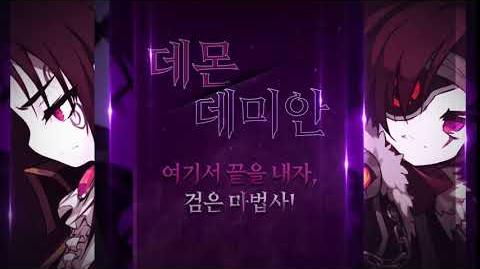 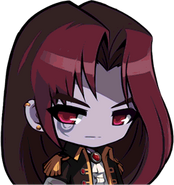 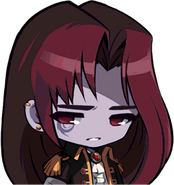 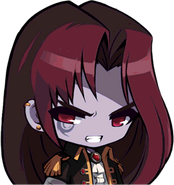 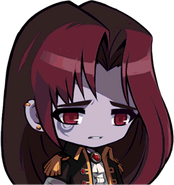 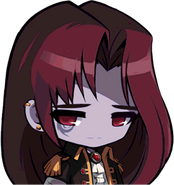 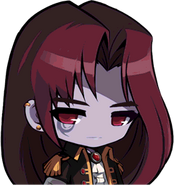 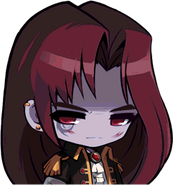 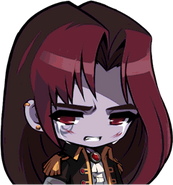 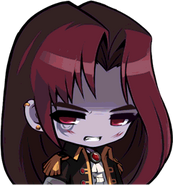 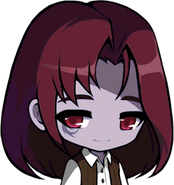 NPC Artwork of a young Demon