Corsair is a branch of the Explorer Pirate class. Upon reaching Level 30, an Explorer Pirate can become a Corsair by choosing to become a Gunslinger after completing the 2nd Job Advancement at Level 30. Their second job is Gunslinger, their third job is Outlaw (Valkyrie in other versions), and their fourth job is Corsair (Captain in other versions).

The Corsair job branch Bullets alongside their primary weapon, Guns, and Far Sights as secondary weapons. They fire bullets at enemies from afar and can summon crewmates to aid in battle. Their job specialty skill is Scurvy Summons, which summons one of three crewmates from the Nautilus. This skill is enhanced with All Aboard in 3rd job, which allows them to summon two of four crewmates, increasing their damage, and granting them the ability to protect Corsairs from statuses once. In 4th job, this skill is enhanced with Ahoy Mateys, increasing Attack Power when crewmates are summoned, as well as granting specific effects based on the crewmates summoned.

Corsairs can also summon additional crewmates with Broadside, placing a random crew member in a Battleship to launch shells at enemies, as well as an Octo-Cannon, an octopus sitting on a fast-firing gatling cannon. Corsair can also focus all their attacks on specific enemies by marking theme with Parrotargetting. Corsair can use Rapid Fire and Majestic Presence to shoot a rapid stream of bullets at a single enemy, as well as Brain Scrambler, which deals heavy damage to an enemy and has a short cooldown. Quickdraw can be used to increase the damage of your next attack, so take advantage of both Rapid Fire and Brain Scrambler!

When the player reaches Level 10 as a Beginner, aspiring Pirates will be sent to the Navigation Room in the Nautilus to talk to Kyrin, who will advance the player to a Pirate. The player will be given an HP and MP boost, as well as a basic pirate weapon.

After talking to Rondo, the player will be given words of encouragement from the Mysterious Voice, granting a new kind of power. The player will be prompted to return to Kyrin once again, who will teleport the player to the Chief's Residence in El Nath to speak with Pedro. He will then advance the player from a Gunslinger to an Outlaw.

After talking to Tess, the player will be given more words of encouragement from the Mysterious Voice, granting a new kind of power. The player will be prompted to return to Pedro once again, who will teleport the player to the Forest of the Priest in Leafre to speak with Samuel. He will then advance the player from an Outlaw to a Corsair. 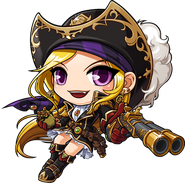 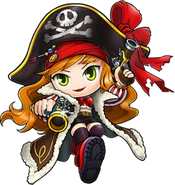 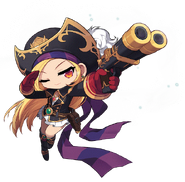 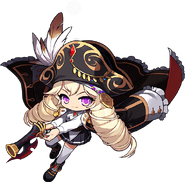 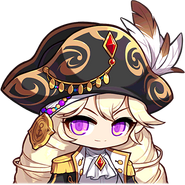 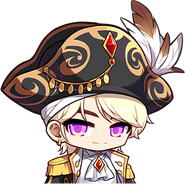