Victoria Island is one of the four major continents in MapleStory. It contains a total of eleven towns, two dungeons, and five theme dungeons. The majority of the island contains monsters that are easy to kill at lower levels, though some areas contain stronger monsters that are suitable for average-leveled players.

After Big Bang, Victoria Island was reorganized completely, with Six Path Crossway as the hub of the island. This was said to be an act of the Black Mage when he was resurrected by the Black Wings. A continuing storyline is released as Root Abyss, where the World Tree was hidden in and is currently recovering. 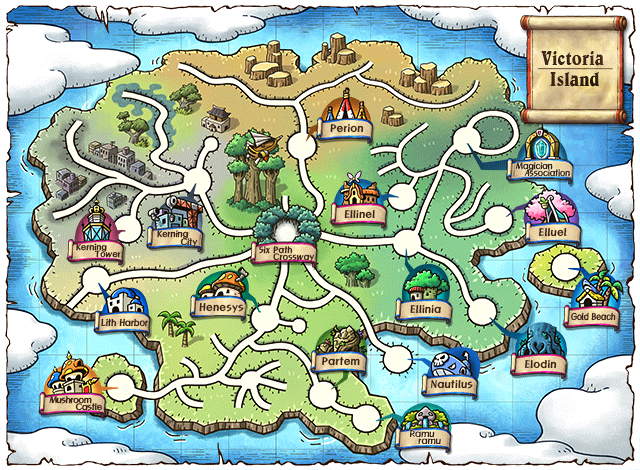