Tynerum, the land of Demons, is the home to humanoid Demon race, where war and chaos rules. Help the Demon kids escape from the mighty Crimsonheart castle, where they held prisoners by vile forces, and then help them cleanse the Shadow Veil Forest from a curse casted by Hilla, corrupting the spirit tree known as Gollux and turning it into a monstrosity. 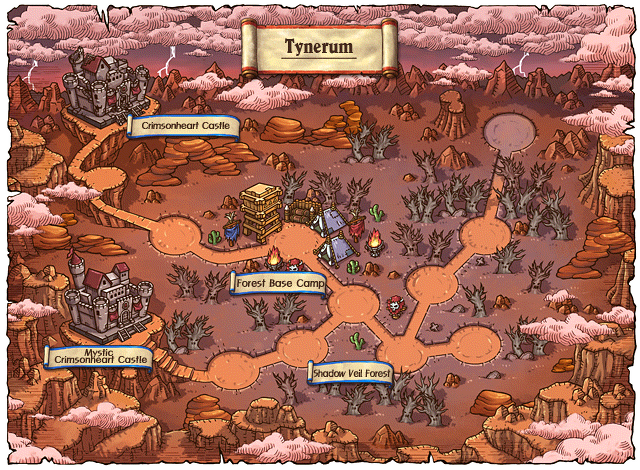