After the Labyrinth is destroyed, The player emerges into Limina within the Black Sun, which inhabits abstract creatures created by the raw powers of creation. The Black Mage is waiting at the end, starting the Genesis Ritual that will destroy our existing worlds and create a new one in his image. On their way, the player will encounter the chief commander of the Elite Bosses: Guard Captain Darknell, and then they will finally face their arch enemy, the Black Mage, the (current) final boss of MapleStory. Defeating him in Hard mode will grant the player a Sealed Genesis Weapon, and the player will have to do several quest to fully liberate it. The minimum level requirement here is 255. 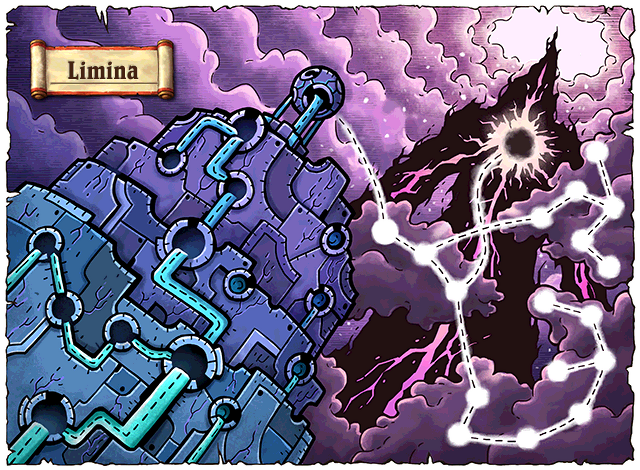