Lachelein is a mysterious festive city. As the Dreaming City, it is the location to challenge one of the strongest Black Mage commanders: Lucid, the queen of nightmares and the one responsible for the events at the Gate to the Future, who created this city of endless festivity to engulf the entire world with nightmares of her own creation. Defeating Lucid awards the players with the following level 200 Arcane Umbra equipment set: Weapons, Gloves, Boots, Capes. The minimum level requirement here is 220. 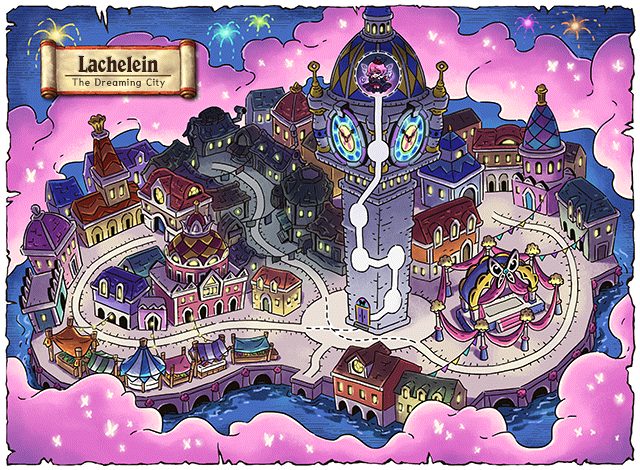