Freyd the Bad Brawler is one of the Black Mage's minions, and he is a member of the Elite Bosses, also consisting of Black Knight, Mad Mage, Vicious Hunter, and Rampant Cyborg.

Formerly known as Ed, he was once a resident of the ancient kingdom Sharenian, and was part of a squad of knights consisting of who were rejected from becoming official Sharenian Knights for one reason or another; Ed was rejected for frequently arguing with his teammates and for his larger-than-life personality. His comrades, Hardin, Ain, Ryan, Quieg, and their leader Kellad, would spend their time training by hunting moles nearby. After King Sharen III summoned Ergoth Dunamis in response to a coup lead by his son Prince Sharen IV, Kellad and his squad attempted to save the prince. They became trapped by Ergoth's power, being forced to relive the fall of Sharenian for centuries while attempting to break the curse, because they were devoted to their eternal pledge to Sharenian as long as a single person in their kingdom remained alive.

The squad, slowly going insane, started acting different than they normally would. Ed, once larger-than-life, would rarely talk. Ed also died multiple times, but he would be brought back as long as his injuries weren't caused by one of his teammates. The team started losing trust in each other, and would accidentally attack each other frequently. Eventually, one of Ryan's arrows would shoot Ed in the shoulder, killing him. Forced to relive the events of Sharenian's fall for centuries, the squad turned on Kellad after realizing that his true loyalty was to Prince Sharen IV rather than the kingdom of Sharenian. His subjects believed that Kellad wanted to use the Rubian, a gem said to contain the ability to revive the dead, on Sharen IV, and they had other plans; Ed would reappear as an ghost and inform the group about the Rubian, leading Ain, who felt an incredibly sense of guilt over being unable to protect him, to attempt to use it to revive Ed. Kellad was forced to order Quieg (who only cared about following orders and completing his mission) to kill his former comrades, and then destroyed the Rubian, revealing that it was an ordinary gem with no special powers. Throughout these events, the White Mage disguised himself as Sharen IV and would repeatedly convince Kellad to never give up his loyalty to the prince, facilitating Kellad's insanity and turning him into an eternally loyal servant. After Kellad's group killed each other, the White Mage, still disguised, informed Kellad that centuries had passed and that the group was trapped in a parallel dimension created by Ergoth Dunamis. The White Mage infused the Rubian with the power to bring his squad back to life, provided they find new bodies to inhabit[7].

As Kellad relayed the story of Sharenian and the Rubian to a group of treasure-hunting explorers (Mogg the Warrior, Khalid the Magician, Juli the Bowman, Coleman the Thief, and Freya the Pirate), he presents it to them as a reward for listening to his story. Upon touching the Rubian, the souls of Kellad's former allies fuse with the group of explorers, taking over their bodies and forming new beings that would become the Elite Bosses; Ed fused with Freya and became Freya the Bad Brawler, and Kellad fused with Ergoth Dunamis to become Darknell. The new group pledged to serve the White Mage and become his eternal servants. 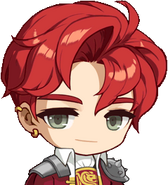 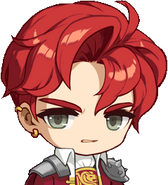 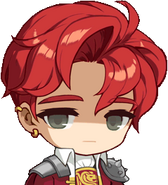 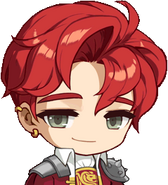 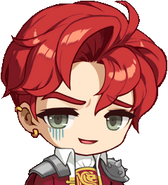 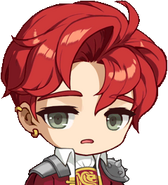 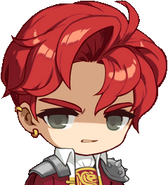 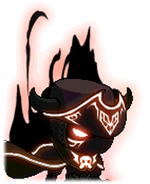 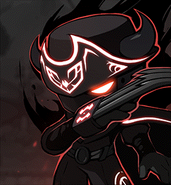 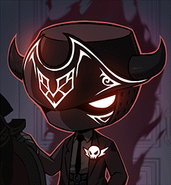 Bad Brawler Soul Collector artwork (all souls added)
Escape all you want. You're still in the palm of my hand.