Athena Pierce is the job instructor for the bowman job of the explorer class. She resides in Henesys's Bowman Instructional School.

Many years ago, before the Heroes fought the Black Mage, Athena was a student learning archery with her friend Lucid under the tutelage of Danika in the kingdom of Elluel. She was noted by Lucid for her exceptional archery skills, something lucid grew envious of (even though it was hinted that Lucid could perhaps be more talented with a bow than her friend). When their Queen said that she would set out to confront the Black Mage, Athena was the first among many to volunteer themselves in joining Mercedes. On the night of Mercedes' departure, Athena waited for her and asked once more that Mercedes takes her with her. Danika, who was present, ordered Athena to return, but Mercedes thanked Athena for her bravery and entrusted the safety of Maple World in her hands.

Later in the Ellin Forest, Athena acted as camp leader of the expedition which contained each of Maple World's job explorer job instructors at the time as well as others. When the player (from the future) wants to tell Athena about the future they have for them, Athena cuts them short and says that knowing their future could cause catastrophic problems, showing her wisdom in the situation.

When Empress Cygnus called for an alliance to band together to prepare for the oncoming threat of the Black Mage, Athena joined and acted as the representative for explorers as a whole. She sat at the main table at the Ereve Conference Room along with other leaders Claudine and Cygnus and often acted as a mediator between the Resistance and Cygnus Knights.

After the discovery of the Gate to the Future, the alliance tells the player to investigate. The Athena of the future fills the player in on whats happened in the hypothetical future of Maple World.

In the events of Black Heaven, following the rescue of 10 Boogies, the alliance found the existence of the Black Heaven. The alliance planned an attack on the new discovery. Athena was present when they decided to interrogate Orchid, who had been held in Resistance captivity. Athena was among many to board the Lumiere to confront the Black Wings's new invention. On board, Athena asked the player for the reassurance in victory against the Black Wings.

During the flight, The Black Wings launched a surprise attack against the alliance. After the player recovers Neinheart and spots Athena, she joins them. She joins with the other leaders on the main deck and tells the player to put an end to the attack.

She is later seen on the Pilothouse of the Lumiere during the interrogation of the player.

After the player successfully fires a flare on the Black Heaven's deck, Athena and the alliance quickly comes to the players' aid. She, as well as the other leaders of the alliance, enter the Black Heaven. They are then soon joined by the player. As they make their way through the labyrinth of the Black Heaven, they find a dying Admiral Martini. Athena quickly tells him to put a gas mask on but he says his time is over and he is ready to embrace death. As Neinheart and Claudine return to the Lumiere, she and the player push forward to stop Gelimer. Lotus then, under the command of Gelimer, throws objects at the two. They dodge all objects. Athena, now out of breath, tells the member to scout ahead but is then knocked off by another object and falls. She tells the player to forget about her and finish what they started.

Is is revealed that Athena did survive her fall and takes a near-death player off of Orchid's hands. Athena and the player are then rescued by the alliance.

In FriendStory, Athena is a police officer who is called in by Neinheart to discuss some supernatural events that have been occurring.


Gate to the Future 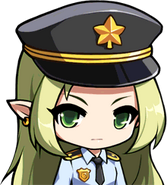 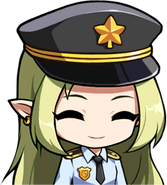 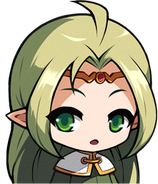 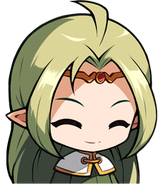 Retrieved from "https://maplestory.fandom.com/wiki/Athena_Pierce?oldid=252922"
Community content is available under CC-BY-SA unless otherwise noted.