Aria is the former Empress of Ereve from centuries ago.

Being born into a lineage of royalty, Aria served as the Empress of Ereve, and by extension Maple World, during the time that the Black Mage first started to rise to power. Even though Aria had always desired the life of a normal girl, she set her desires aside for her duties to her people. She frequently had to meet with kings from various regions throughout Maple World for diplomatic purposes, such as the King of Ludibrium (who irritated her with his childlike behavior), the King of Ariant (who she hated for his greed), King Von Leon of El Nath's castle (who she pitied due to his lack of wealth), and King Hekaton of Kritias (before the region of Kritias was transported into the future).

One day, the King of Ariant was robbed by the Master Thief Phantom, sparking Aria's curiosity to have her want to meet him one day as she learned he would rob the rich and greedy. Since Ereve had nothing to pique Phantom's interest, Aria spread a rumor about the Skaia, a legendary gem that only glowed in the hands of the true ruler of Ereve. Phantom's first meeting with Aria occurred during when he infiltrated the castle and accidentally got caught in a magic trap. However, Aria freed him from the trap, as she sought for someone to talk to about the problems she faced as an Empress, and helped him to escape from the guards. Over the months, Phantom visited her on multiple occasions and eventually they both fell in love with each other.

As the Black Mage rose to power, Aria grew worried about his power. One night when Phantom visited her, Aria told him of a conference that she had arranged with envoys of the Black Mage, hoping for a peaceful resolution to the Black Mage's war of conquest. However, the conference was a trap, and Aria was killed by Lotus and Orchid, two commanders of the Black Mage. Phantom ran to Ereve, but he was too late. A wounded Shinsoo told Phantom about what had occurred and gave him Skaia for safekeeping until the next express could inherit it, unaware that it was just a common gem with no magical properties. Devastated by Aria's death, Phantom sought vengeance against the Black Mage and those who killed her. He approached Freud, the leader of the Heroes, requesting to join them in their quest to stop the Black Mage. During the battle of the Heroes against the Black Mage, Phantom sought and fatally injured Lotus, who was responsible for Aria's death. Though his comrades managed to seal away the Black Mage, their adversary's parting curse trapped them, including Phantom, in enchanted ice and put them in a deep sleep.

Aria's death left the throne of Ereve empty, as Aria had no children. Aria's niece was the sole survivor of the Empress' bloodline, who left Ereve after her aunt's death. Her niece's descendant Cygnus eventually became the next Empress after Ereve was left without an Empress for centuries. Shinsoo served Cygnus with the utmost loyalty to ensure that the fourth Transcendent would be born.

Phantom eventually woke up from his curse and foiled a plot by Hilla where she disguised herself as the heir of Aria and presented a false Skaia that would only glow in her own hands, as an attempt to steal the throne. Phantom destroyed the false Skaia and presented the real Skaia, which was in his possession the entire time, causing Hilla to retreat for the time being. Phantom gave Cygnus the real Skaia and departed to Edelstein to gather information on the Black Wings, learning that that the high-ranking Black Wings officers have never shown themselves to the lower-ranking members, leading to a big disconnect in what they believed were the true plans of the organization. Additionally, he learned that the Black Wings were harvesting an enormous amount of energy from the Verne Mines.

He then met Alcaster in El Nath, who may have been old enough to remember the time of the Heroes. Alcaster revealed that he was born shortly after the Black Mage was sealed, and that his teacher's recordings could have information on the Heroes. When Phantom went to collect the book, he discovered that the Black Wings had ransacked the place, and that they had also stolen the Seal Stone of El Nath.

Determined on investigating the lack of records on the Heroes, Phantom went to the Helios Tower Library in Ludibrium. He spoke to Wiz, who said that the books on the Heroes were moved to the storage room. When Phantom arrived, he saw that all the books on the Heroes were burned - someone had been systematically destroying all records of the war against the Black Mage. When Phantom returned, Wiz began to attack him. After defeating the librarian, Wiz revealed that someone had been possessing him.

Phantom then traveled to Sleepywood to ask the Rememberer about spirit possession. The Rememberer informed Phantom that there was a spirit clinging to the thief. After conducting a ritual, Phantom learned that the identity of the spirit was Lotus, who had been possessing people across Maple World in order to destroy all records of the Heroes.

Arriving in Edelstein, Phantom infiltrated the Verne Mines and found Lotus' body in stasis. He concluded that Orchid was stealing the Seal Stones in order to revive her twin brother, not the Black Mage. Before Phantom could destroy Lotus' body, the former commander's spirit possessed the thief. Lotus revealed that he could only possess the weak-minded from afar, but Phantom's proximity to Lotus' body allowed him to take control of the thief, whom he sought to use to assassinate Empress Cygnus.

Lotus forced Phantom to travel to Ereve and seek out Cygnus, who was sitting alone. Before Lotus could force Phantom to kill her, Aria's spirit appeared to drive out her killer's spirit and save her lover.

Aria appeared before Phantom and apologized for dragging him into the battle against the Black Mage, and asked him to stop his obsessive quest for vengeance before disappearing. Cygnus then asked Phantom to join the Maple Alliance, telling him that he was not alone in the fight and that they all had the same enemy. Finally at peace, Phantom agreed to join the Alliance.

Some time later, Cygnus called Phantom to Ereve and shared Aria's Diary with him, which she had recently recovered. From it, Phantom learned the truth about Skaia and how Aria created the rumor to lure him to Ereve centuries ago. 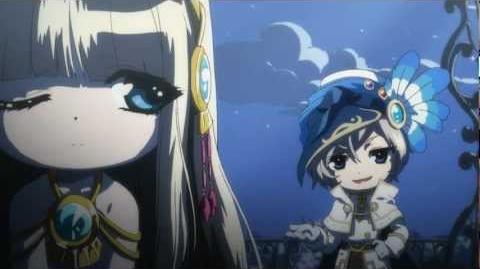 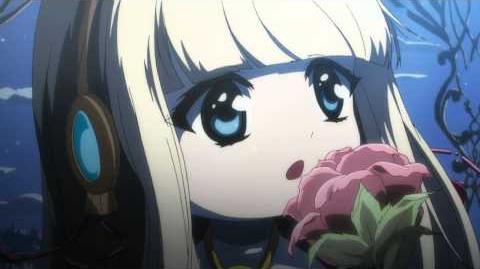 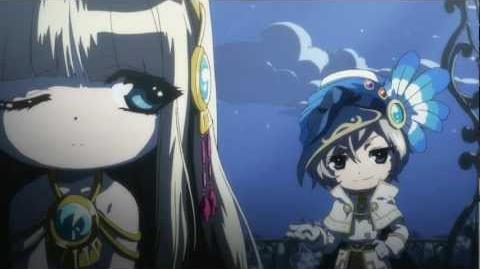 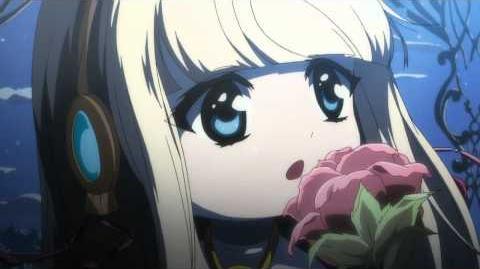 MapleSEA Justice - The Past of Phantom