Desperate for soldiers, the High Flora army recruited young soldiers. Albaire and Ark were such members. The two would eventually befriend each other and start a strong friendship during their time in the academy. Both of them have graduated from the academy and Ark was soon promoted to second lieutenant. He and Albaire swore to protect each other, no matter what had happened.

After countless wars, Ark saw the flaws within the race and military, realizing that the High Flora were massacring various races in Grandis, peace being an excuse for war. Disgusted by this fact, he spoke up to General Brigadier Limbo against it. Suspecting Ark of betrayal, and for his hesitation in the last battle, Limbo captures him and makes Ark the subject of a Specter ritual as punishment for his betrayal. Ark's soul was almost consumed, but Albaire had interrupted the ritual, keeping true to their promise to "always protect each other". Ark passed out shortly after, falling into a deep slumber.

Ark had awakened after a few hundred years and found himself on the planet of Verdel and after befriending some locals and deciding to flea the planet, they make their way to the Ravaged Base Remnants. Ark fought several Illusion Soldiers before he was confronted by Albaire himself, now a colonel in the High Flora army. Ark was easily bested despite having his spectre powers. Disappointed in Ark's decision to waste his second chance, Albaire chooses to spare his old friend and leaves him, allowing Ark and the Caravan Dwellers to leave the planet.

With the defeat of the Black Mage, the Spectre inside Ark takes the appearance of Albaire and chastises Ark on his decisions on clinging to hope. Ark does not give in and accepts that he has to live with the spectre whether they like it or not. 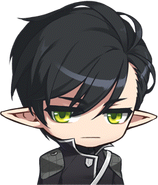 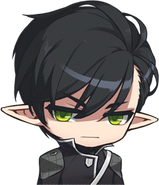 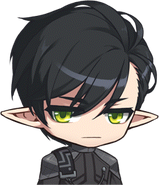 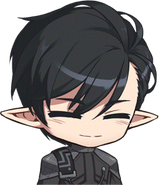 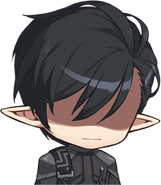 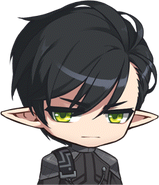 Albaire leaves Ark after their duel

Albaire tries to comfort Ark after he learns about Limbo's plan

...But it was actually the spectre
Add a photo to this gallery
Retrieved from "https://maplestory.fandom.com/wiki/Albaire?oldid=230777"
Community content is available under CC-BY-SA unless otherwise noted.